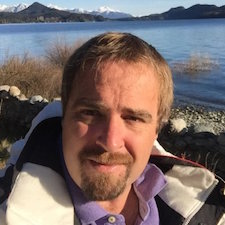 He was born in Argentina, and came to the US to play soccer on a scholarship with U of Maine. When he got his business degree, he moved to Geneva, Switzerland and worked for HP. He and his brother started etips.com while he was still in Switzerland in 2009. His mobile app tips earned $1 million in the past year. His company headquarters is in Argentina, and he also had a presence in Silicon Valley. In this episode he also shares: Who came up with the idea for … END_OF_DOCUMENT_TOKEN_TO_BE_REPLACED 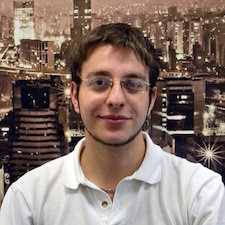 Yuri Moreno is from Sao Paulo, Brazil. He got a start early in life in the digital marketing world. He entered digital marketing at 19 and by the time he was 21, he was the head of one of the largest digital marketing firms in Brazil called UnderDOGS. Solving his customer challenges led him to start a back end digital marketing agency called Extraball. He and his co-founder at Extraball eventually sold both companies! So Yuri is here today to explain how he started a … END_OF_DOCUMENT_TOKEN_TO_BE_REPLACED 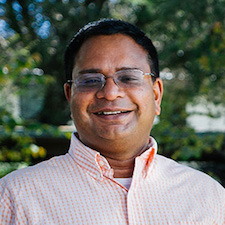 Ashu Garg was born in India and has lived in India, Nigeria, and the Sudan, and today makes his home in California with his wife, Pooja (an entrepreneur as well), and their two sons. Ashu has a bachelor’s degree from the Indian Institute of Technology in New Delhi and an MBA from the Indian Institute of Management at Bangalore, where he received the President's Gold Medal. Visionary Leaders will put you in charge before you are ready for the task! Ashu works with … END_OF_DOCUMENT_TOKEN_TO_BE_REPLACED 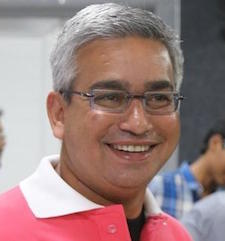 Gaurav Mantri was born in India and moved to the US in 1999. He worked in a corporate job and dabbled in start ups during the dotcom era, but he eventually decided to move back to India to build a software company, Cerebrata. Cerebrate was eventually acquired by Red Gate Software. Gaurav shares his story of success, and some failures along the way. Listen to the episode to hear how he walked away from a deal with Celebrata at one point; how he didn’t negotiate for more … END_OF_DOCUMENT_TOKEN_TO_BE_REPLACED 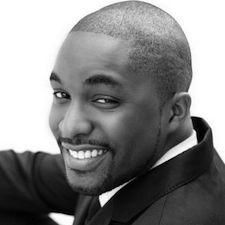 Using his company to fund his education is an ace of a strategy! Tayo Rockson is the CEO and President of UYD Media, a media company that encourages people all over the world to use their difference to make a difference while celebrating diversity and educating others. He is an avid writer whose work can be seen on the Huffington Post, Among Worlds Magazine as well as Global Living Magazine. He is an authority on Third Culture Kids and assimilation into new cultures. He … END_OF_DOCUMENT_TOKEN_TO_BE_REPLACED 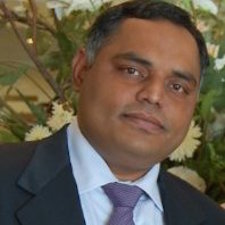 When your passion overtakes your work, it's time to make your passion your work. Subash Jayaraman loved Cricket as long as he can remember. He’s never not had Cricket in his life. Growing up in India, Cricket was always a part of his family life. He came to the US in 1998, and he found that he could not follow Cricket as much as he could when he was in India. Subash started his writing endeavors with a personal blog. A traumatic situation in his youth provided some … END_OF_DOCUMENT_TOKEN_TO_BE_REPLACED 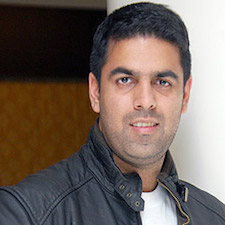 An entrepreneur learns from experience and improves Sachin was born and raised in India. Sachin Dev Duggal is an innovator, serial entrepreneur, and an advocate of enterprise that touches lives and benefits the world at large. He is the co-founder of Shoto – a new startup that lets find unseen photos from your friends when you were together using location, your phone book, and an algorithm that understands the nature of the moment and who was there. Sachin started … END_OF_DOCUMENT_TOKEN_TO_BE_REPLACED 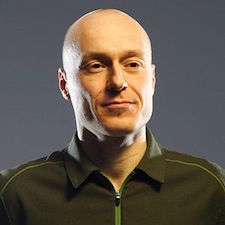 Timo Kiander lives in Finland. Timo got his start in IT, where he worked for 15 years and faced the struggles of the cubicle life. Timo’s life changed after he began running and worked up to running a marathon. This lit the fire under his desire to take his physical performance to a new level. About the same time, he read “Getting Things Done” by David Allen and the focus on productivity was interesting to him. So, he began a blog to focus on productivity and he … END_OF_DOCUMENT_TOKEN_TO_BE_REPLACED 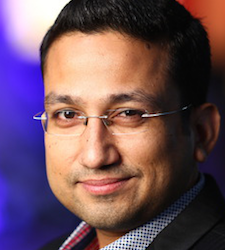 Dinesh Agarwal is the founder of Pro Start Me. In 2011, he was helping a friend with his startup and realized the larger problem that entrepreneurs with great ideas faced. The technical talent needed to execute an idea was either not good or too expensive. Long term interests were always missing in contract based work and hence trust was an issue. Dinesh decided to solve this problem. The day he graduated with his Ph.D. in Computer Science, he moved back to India … END_OF_DOCUMENT_TOKEN_TO_BE_REPLACED 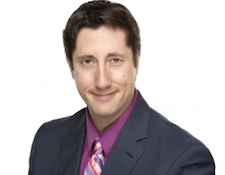 Allen Vaysberg was born in the USSR and came to US at the age of 14, with his parents and $300 in their pockets in 1989 to make a better life. They settled in Chicago and that’s where Allen was raised. Allen did make a better life and by mid-2012, seemingly had it all with a multi-million dollar per year IT consulting business, loving wife, great kids, big house, new cars and all debts paid off. But all of that didn’t bring him true happiness. So he quit his … END_OF_DOCUMENT_TOKEN_TO_BE_REPLACED